A postmodern fairy tale with a moral 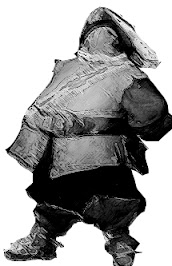 Once upon a time, long, long, ago, there was a great kingdom. The peaceful kingdom was a land of plenty, with bountiful farmland of fertile soil, lush green pastures, and tall timbered forests. The Good King was very generous and did all he could to protect his subjects and make their lives enjoyable. And all the people were exceedingly happy. But the Good King was very old and when he died, Donivaldus was crowned.

King Donivaldus, a large man both in height and girth moved into the castle and ruled the Kingdom. Amazingly, though brash and unsophisticated, he was loved and praised by many of his loyal subjects. He often made them feel good by pointing at certain other subjects and calling them names like “nasty” and “horrible.” He insulted the royal army and the royal navy, saying they were all ne'er-do-wells and gullible fools for serving in the great war. He would tell his loyal subjects stories that were not true, and they would believe him and love him all the more. He gave his princes and rich nobles gold and jewels; they loved him most of all.

King Donivaldus wanted more than anything else, even more than gold and jewels, to be loved by everyone. If certain people did not love him, he became very displeased and wanted to rid the Kingdom of those people.

Sometimes King Donivaldus would summon his subjects to a great fair in the village square. There would be horse races, jousting, games, and feasts. King Donivaldus would find the highest place to stand, then would speak in his loud voice. He would talk about how much better the Kingdom was now that he was King, how he was the greatest king who had ever been. The people would cheer and shout, “Long live King Donivaldus!” When he talked about the people who did not like him, the crowd would shout in unison, “Throw them out!”

One winter’s day, it was discovered that a plague had arrived in the Kingdom. The King declared that is had been sent by an evil eastern empire; he proclaimed that no one could come from or go to that empire. He then assured his people that now there was nothing to fear and that the plague would soon just disappear. But the plague did not disappear; in fact, it was spreading across the Kingdom, and many of the people in the Kingdom became sick, and many died. This displeased King Donivaldus so greatly that he proclaimed that the plague was a hoax perpetrated by those subjects who did not love their King.

King Donivaldus told all the people that they would not get the plague if they took magic potions his court magician had concocted. Although the royal physicians, surgeons, and alchemists warned him that the magic potions may not be safe, King Donivaldus continued to urge his people to take the potions.

By summer, the plague had spread across the Kingdom. So many people had been made sick or died, that it was being called the worst plague in 100 years.

When King Donivaldus was told by a courier, about the growing dislike for him, he got so angry that he banished the courier from the Kingdom (he never had liked the couriers anyway); he then appointed a nobleman to rule over the couriers. The new ruler of the couriers went about dismantling the courier system causing people’s messages to be late; or sometimes not arrive at all. For centuries, couriers had been a well-respected tradition in the Kingdom, so these efforts did not sit so well with the people of the Kingdom

Sometime later, whenever couriers delivered a message, the message would often include the words “Down with the King.” Unfortunately for the King, this resulted in even fewer people who loved him. The love he had been receiving had kept him big and strong. Now without that love, the King was not so puffed up; it got to the point that the King actually started to shrink. Where once he was greater than six feet, now he was barely five feet, then four and then only two feet tall. As this dislike for Bad King Donivaldus progressed, he shrank to the size of a pumpkin. Finally, he was the size and color of a pea.

As one might expect, it is particularly difficult to rule a Kingdom if you are only the size of a pea. It is hard for people to hear your commands, not to mention the danger that you might end up in a pea soup. Soon, the people began to demand a new king, saying that they could no longer that see that there was any king. Finally, the nobles and princes appointed a regency of 538 regents who then selected a new King.

On coronation day for the new Good King, Bad King Donivaldus was terribly angry. He jumped up and down and screamed for the palace guards to bar the new King from the castle, but the guards could not hear him because he was the size of a pea. His jumping caused him to roll across the floor just as a palace guard opened the door for the new Good King. Castles are almost always built on the top of a hill and this castle was no exception. Bad King Donivaldus rolled out the door and bounced down the hill, never to be seen again.

There was a village in the valley below the castle, where a story circulated among the village gossip. It was about a woman who was shelling peas into a large bowl in her garden. A flock of chickens clucked around and in her garden. Chickens provided eggs and an occasional chicken dinner for the family, but chicken feed was expensive. So, the flock had the run of the yard and the garden, where they ate bugs in the grass and the peelings and shells of whatever food the woman was preparing. 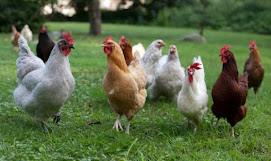 When the woman thought she heard a voice coming from the bowl of peas, she was so startled that she spilled some of the peas on the ground. Her chickens quickly ate the spilled peas and she vowed to never again drink wine from that cask they had opened the night before.

And the people of the Great Kingdom, so happy to be rid of Bad King Donivaldus, lived happily ever after..

A moral for kings, monarchs, and leaders of nation states: It is never a good idea to attack or disparage the courier or postal system.

A moral for readers of fairy tales: It is better to not believe in kingdoms or kings; and especially not potions, magic or otherwise. Just get out and vote.

Posted by John Marius Nelson at 3:27 PM No comments: